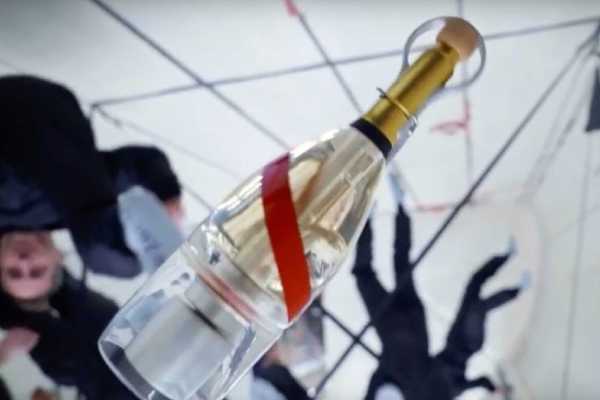 Posted at 08:39h in Strange but True by admin 0 Comments

In an effort to future-proof its brand, Maison Mumm, one of the most renowned Champagne houses in the world, is taking space travel seriously. They’ve developed the very first anti-gravity Champagne bottle, the result of their innovative Mumm Grand Cordon Stellar Project that arose out of people imagining that the first thing a group who just landed on Mars would want to do is celebrate with a bottle of bubbles!

Didier Mariotti, cellar master for Maison Mumm said, “As pioneers, Mumm is motivated by people pushing the limits, who celebrate achievements beyond this world.” However, the whole idea is not attributable to Mumm at all. In 2015 an innovative design agency owner named Octave De Gaulle came up with the idea of developing Champagne that could be poured and enjoyed in outer space. Mike Pomranz, a reporter for Food & Wine Magazine said, “Mumm had no involvement at all in the initial conception of the bottle.”

All that aside, we would really like some answers…

Professor Liger-Belair, whose expertise is oenology and effervescence helped guide the development team at Mumm, spent the last two decades researching how the bubbles in Champagne are created. He claims that the chemical and physical processes that occur in forming bubbles in Champagne and sparkling beverages had been totally unexplored until he began his research in the late 1990s, which seems so recent!