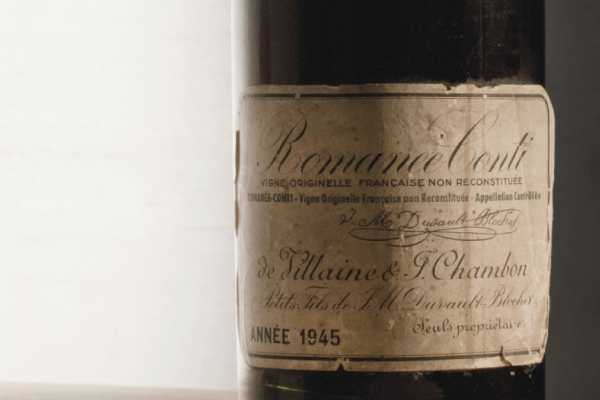 Posted at 09:36h in Strange but True by admin 0 Comments

EW YORK, NY – Robert Drouhin, who is the head of the Maison Joseph Drouhin dynasty, one of the oldest wine families in the world, has put the contents of his own personal wine cellar up for auction. The eyes of the entire wine world are on New York’s Sotheby’s Auction House where one of the world’s finest collections of extremely rare French wines is being auctioned off for record-breaking prices.

The main attraction was a bottle of 1945 Domaine de la Romanée-Conti red wine, which ended up being sold for $588 000 USD, making this single bottle of wine the most expensive wine ever sold anywhere in the world.

Sotheby’s Wine Master Serena Sutcliffe said in describing this auction, “The historical importance of this auction is that it includes an entire range of the most amazing vintages from the 20th Century from two of the most significant estates in the world of wine, Domaine de la Romanée-Conti as well as the Grand Cru holdings from the renowned Drouhin family.”

The wine at auction is described in Sotheby’s catalogue as, “Extremely rare and unique. The 1945 vintage was the last Romanée Conti before the vinyard was entirely uprooted. The best bottles are incredibly concentrated with a seemingly perpetual power – a wine that exudes confidence.” 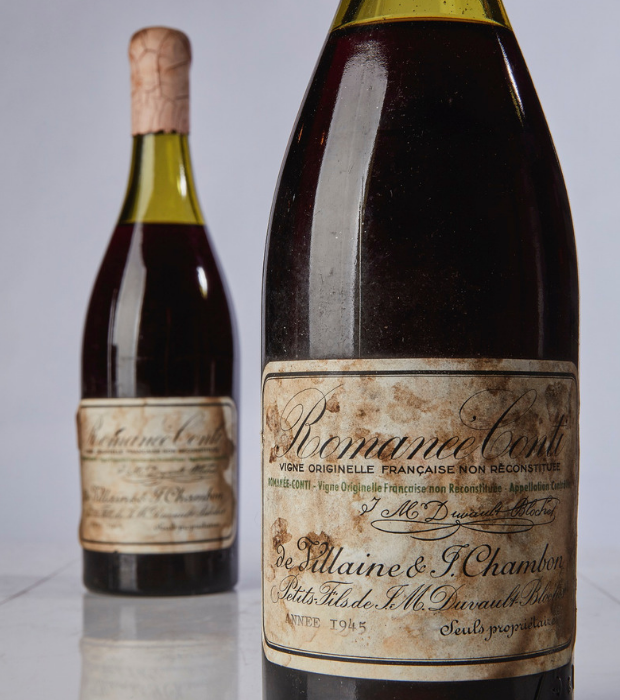 Wine historians and connisseurs worldwide are fascinated by this collection due to its remarkable provenance. These bottles come with an impeccable pedigree, one that is unparalled in the industry. The Drouhin dynasty had for many years exclusive distributorship in France and Belgium for Domaine de la Romanée-Conti, known as “the greatest burgundy house.” During this time the family built their collections of the finest French wines.

This lone fact provides wine connesseurs a level of confidence regarding their authenticity, which has been hard to come by in the world of rare wines since the early 2000s when a number of scandalous fakes and forgeries rocked the entire wine industry.

The emergence of fraudulent wines with forged labels was encouraged by the apparently unquenchable desires of wealthy wine collectors from China. In the beginning, billionaires from China were spending tons of money at auction houses in London and New York, buying all the ancient Chinese art they could find. Today, the prevailing desires are leaning toward any item up for auction that seemingly represents the sophistication of Old World Europe.

And if there is one item that screams European style and class, it would be a 1945 bottle of Domaine de la Romanée-Conti since it is among the most exquisitely fine burgundy wines of all time. It was initially expected to get just $32 000 per bottle, so the auction house was astonished when this single bottle got more than 17 times what the experts had valued it at.

The name of the buyer is being held private, but people in the wine world believe it to be a Chinese collector.